The Complete History of the Russian Flag

The Complete History of the Russian Flag 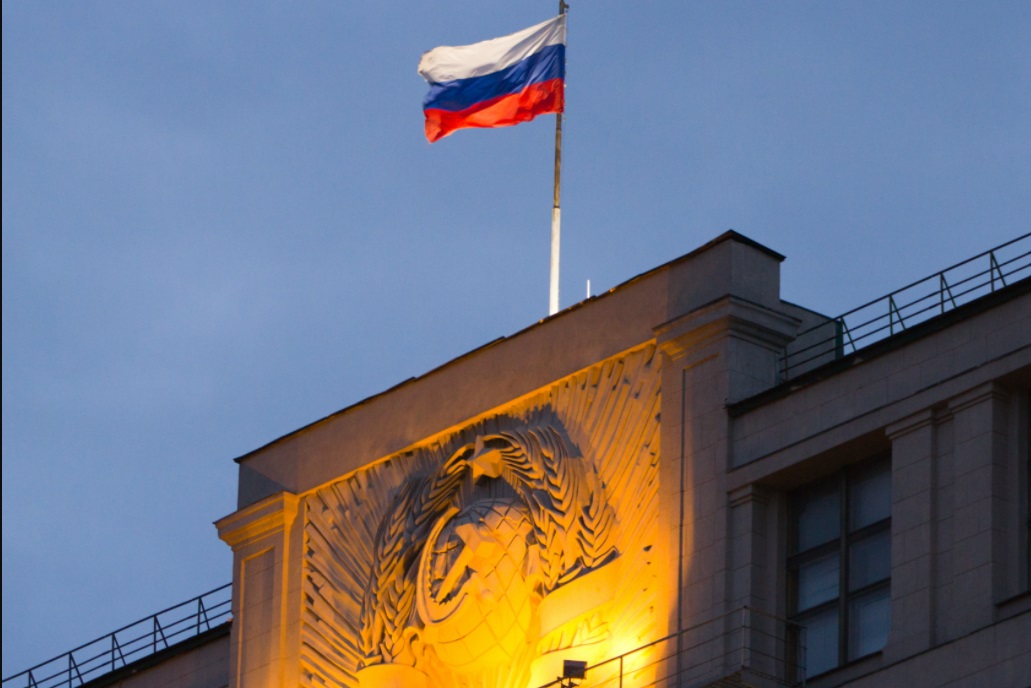 From the Russian Revolution to our current times, the Russian flag had some drastic changes in its design over the years. Its history can be confusing to some, thus why we decided to clear out everything that happened in the past that made the Russian flag what it is today.

What was the First Russian Flag?

The first flag goes back all the way to the 1600s, which was simply a ship flag. The latter was represented by a blue cross in the middle, 2 white squares, and 2 red squares. The frigate using the famous flag was named the Oryol, a beautiful ship from the Russian Navy commissioned by Tsar Alexis.

In the 1700s, the flag was changed for the first time to the tricolor everybody knows and loves today. However, there were unfortunately many conflicts between this era and ours, and those occasioned several changes to the Russian Flag.

Why was the Russian tricolor flag called the Merchant Flag?

While the Imperial Standard flag and the Russian Army flag were different from the blue-red-white, this flag used by almost all cargo ships remained as the main flag of Russia for 2 decades. However, this all changed during the Russian Civil War.

What happened during the Russian Civil War?

After using the same tricolor flag for almost 2 decades, a civil war broke out in 1917 between the red and white armies. Put simply, the Bolsheviks (Red Army) were trying to take over and fight for Lenin’s Bolshevik government.

The Reds were using propaganda, telling Russian people that the Whites were going to hand Russia over to foreign imperialists. This fear of losing their country made a lot of people choose the Red party. The Bolsheviks officially won against the White Army and took over Russia in 1922, It’s worth noting that the Whites were using the tricolor flag at the time during the confrontations. Then, you guessed it, the tricolor Merchant Flag was completely removed and forbidden to be used by anyone or any entities.

From December 1922, Russia was governed by the URSS (Union of Soviet Socialist Republics). Commonly called the Soviet Union, the latter was represented by a plain red flag with a golden hammer in the top left corner. The golden hammer was accompanied by a gold sickle and a gold-bordered red star as well. These symbols were representing the workers and peasants involved in the Russian Revolution. Moreover, the Red Star was the symbol of the Soviet Union’s Communist Party.

This flag was then used during the Second World War. That being said, it’s interesting to know that the original tricolor rose again for a very brief period of time during WWII with the anti-Stalinist troops of Andrey Vlasov. He had chosen to be allies to the Nazis, which didn’t do so well since the Nazis lost the battle of Berlin. He then came back to the Soviet Union side but was interrogated and executed shortly after.

In 1945, during the last few days of intense battles between the Soviet Union and the German army, a big red flag with a golden hammer was raised by 3 soldiers on the top of the Berlin Reichstag. This flag became a symbol of victory for the Russian people and is known as the iconic 1945 Reichstag Victory that changed the tide of WW2.

Finally, despite this beautiful story, the Soviet Union didn’t have a good reputation among its people through the years that followed the Second World War. As a matter of fact, those years were not pink at all, as Russia was going through systematic disintegration. This was mainly due to economic problems, social and political structure issues that slowly pushed away a lot of people.

In 1991, after the last unsuccessful attempt at a coup against Gorbachev, the Soviet Union was entirely dissolved. This was the last time we were going to see the Red Flag with the Golden Hammer being officially used as the official Russian flag.

The New Russian Constitution Flag – Going back to its roots

The United States, under Bush’s government, was trying to articulate the transition of Russia that moved away from Communism in 1991, as well as to avoid nuclear warfare. Between 1991 and 1993, the new Russian Federation RSFSR was using the blue-red-white colors again, but with a different format.

In 1993, however, the beloved original format of the old Merchant Flag came back as the official Russian flag of the people and of the Russian Federation. Since then, Russia has been using the same red, blue, and white striped flag.

Why do we still see the Soviet Union Red Flag sometimes?

Despite everything that happened, some people in Russia still feel nostalgic for the Soviet Union flag and what it represented during World War II. The famous red flag is still shown from time to time during rallies and protest marches, but most of the time, students are raising the flag without really knowing the history behind it.

What do the colors mean on the current Russian Flag?

To end our complete guide on the history of the Russian flag, let’s talk about colors. Because, we did explain the meaning of the symbols on the Soviet Union flag, but what about the meaning behind the colors of the tricolored Russian flag? It is said that the white color represents nobility and frankness, while the blue color symbolizes faithfulness and honesty. Finally, the red color represents courage and love.

Of course, there are many flag variations we didn’t talk about in this text, as it would be impossible to explain everything in just one article. That said, we hope this quick overview of Russian historical events that affected the flag designs was fun and interesting to read.